I was recently invited to run a workshop on Arabic Calligraphy at the University of Toronto, Mississauga. The workshop was organized by the Muslim Students Association.

We initially planned for 25 participants but ended up with about 40 enthusiastic people attending the workshop. I was glad to see that everybody stuck with it and there were more than a few people who picked up the lessons very quickly.

We arranged for all participants to have a pad, ink and a qalam to work with during the workshop. I prepared the qalams myself and tested each one to make sure it worked properly. We used Canson Finger Paint pads (available at Currys in the children’s section) which has a coated paper that provides a very good surface for practice with reed pens.

We used Speedball India ink which, while jet black, did not flow very well. It tended to dry out and get deposited on the tips of the Qalams requiring frequent cleaning. I used Noodler’s Black for my demonstration and it works beautifully in terms of flow – it does not go on very dark but that is fine for practice work.

The qalams (reed pens) took a bit of work. I could not find a source for reed pens in Toronto. What I did find were 1/2 inch bamboo plant stakes at a local flower shop. The bamboo was thick walled and I ended up having to drill through a couple of inches of the ends to make the shaping and cutting a bit easier. In the end they worked quite nicely but it was hard work making 44 of them (and I have the blisters to prove that :-).

Here are some pictures from the event: 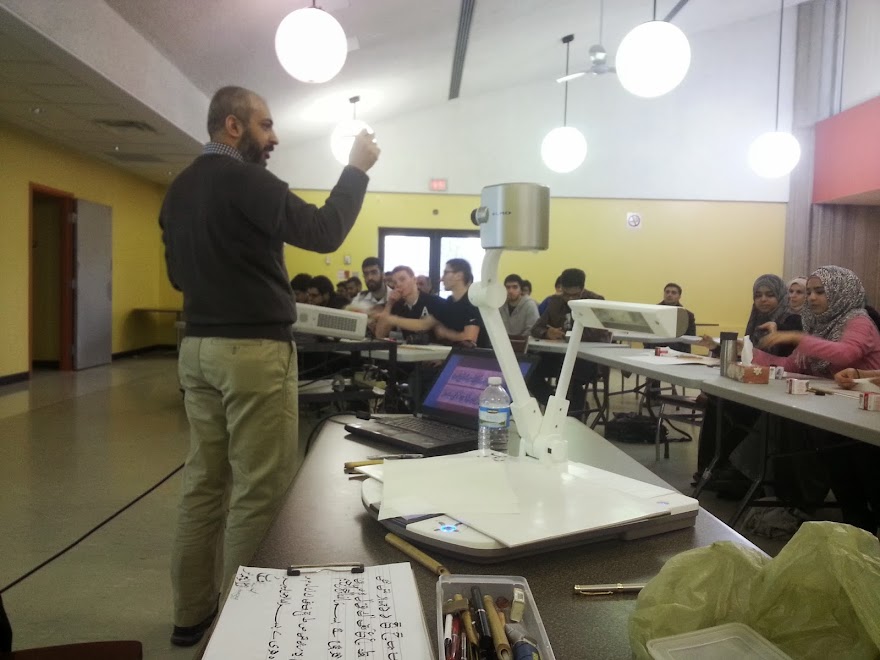 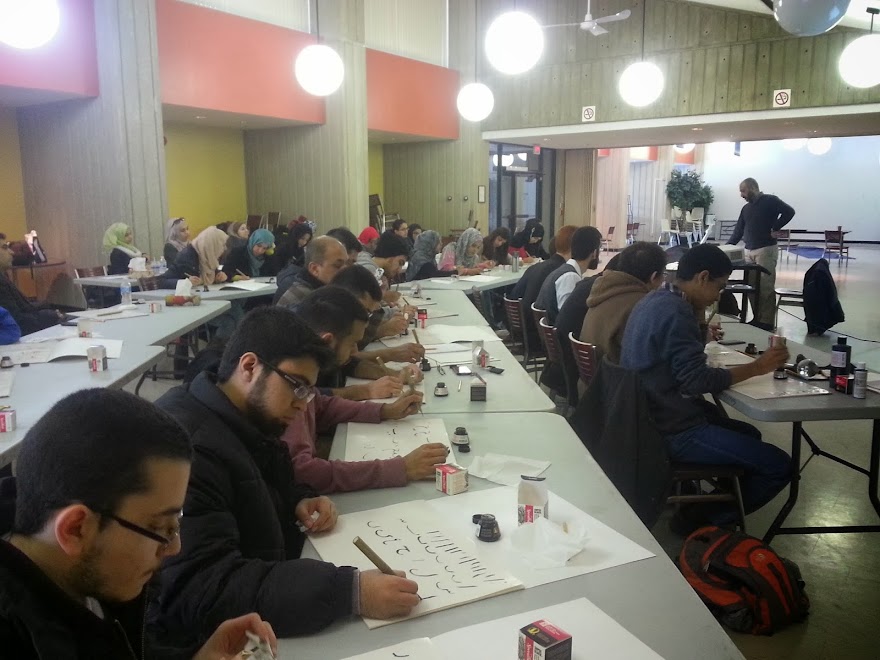 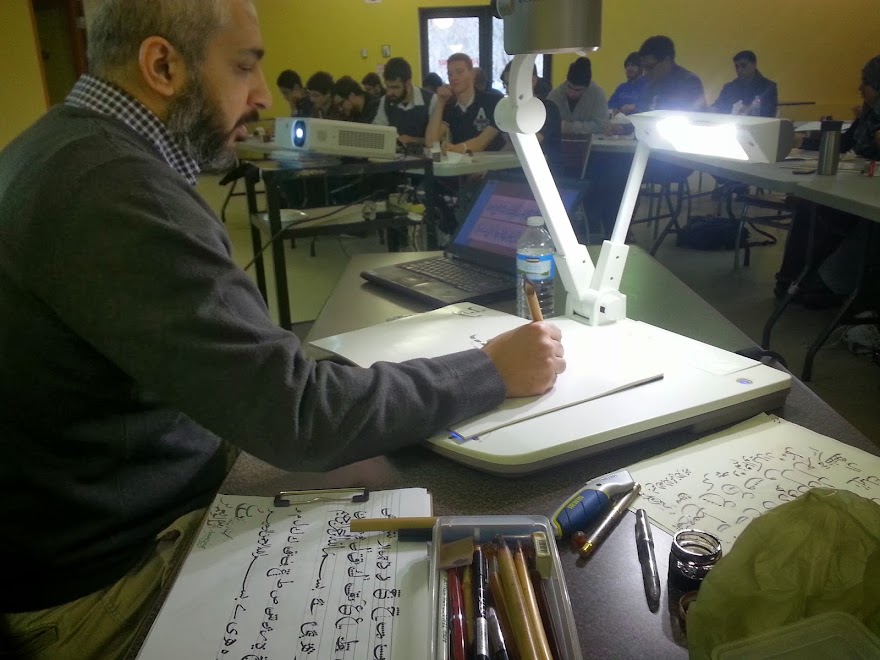 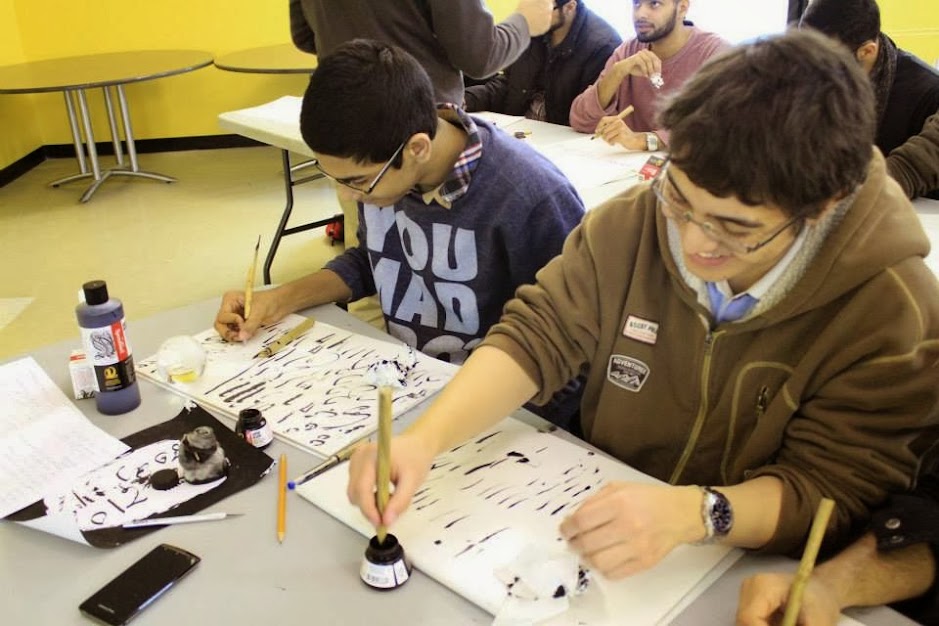 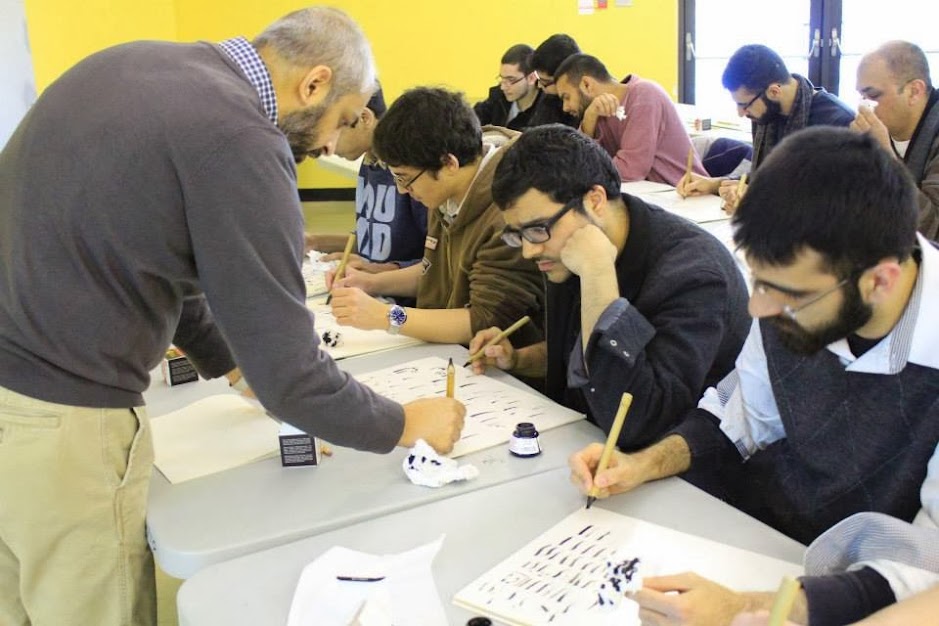 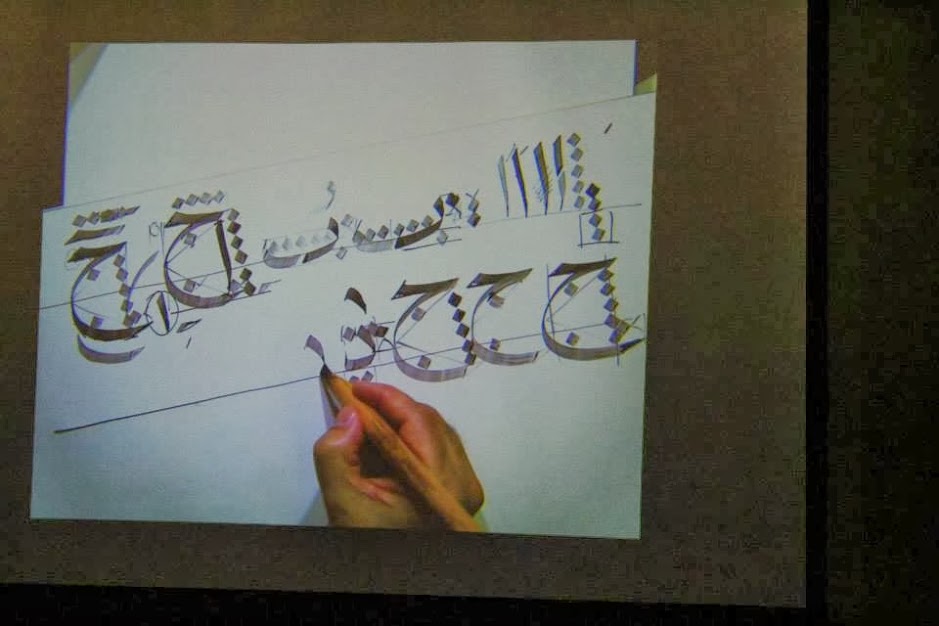 The UTM MSA facebook page has a number of pictures of the event at: UTM MSA Calligraphy Workshop 2014

I had a lot of fun and from what I hear, the participants did too.

This site uses Akismet to reduce spam. Learn how your comment data is processed.

Pet Portrait for a friend

The prayer of St. Francis